Bodoland is an autonomous administrative unit in Assam, constituted under the Sixth Schedule of the Constitution. Located on the bank of Brahmaputra River in Assam, Bodoland is a beautiful area situated amidst nature. There are four districts in Bodoland viz. Kokrajhar, Udalguri, Baksa, Chirang and Kokrajhar is the capital of Bodoland. Bodoland covers an area of 8795 sq km (Provisional). 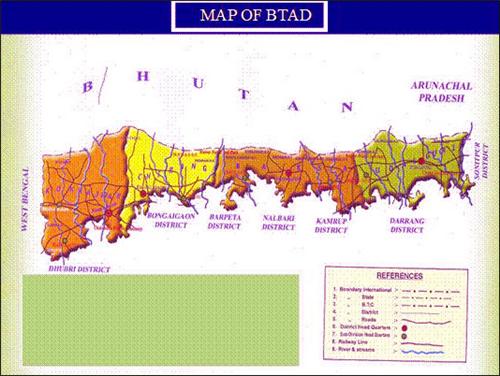 Post British era Bodo-Kachari kingdom existed in Assam. Dimapur served as the capital of the kingdom. During that time the Bodo community had little development. There was unemployment and illiteracy among the people.

After independence of India the Bodos were given the status of Schedule tribes. For the protection of their identity the Bodos created tribal belts and blocks. A political party representing Bodos namely the Plains Tribals Council of Assam was formed to protect the interest of the Bodo community. The party’s ideology was to initiate the process of the development of the Bodo community in the form of education and employment.

It was a thinking among the ethnic Bodos that illegal immigrants would seize their source of economy. They also thought that the Central government adopted step motherly attitude towards the Bodo community. The political party, therefore, demanded a union territory to be created in the name of Udayachal. The All Bodo Student’s Union and some political parties demanded a separate state to be made of the Bodos to protect the interest of the Bodos.

In 1987 the union stated a movement to press for the demand of a separate state. A political body called Bodo People’s Action Committee was formed by the union to lead the movement. In 1993 the Bodo accord was signed. Bodoland Territorial Council, an autonomous body, was formed therefore.

The administration of the Bodoland Territorial Autonomous District (BTAD) is looked after by the autonomous Bodoland Territorial Council (BTC). It has legislative, administrative, executive and financial powers over 40 policy areas in BTAD. The entire area covered under BTC has been recognized with Kokrajhar as original district and forming other new districts thus totaling 4 districts in BTC Area.

The Bodoland Administrative Unit has been created to bring about economic, educational, and socio-cultural development of the people. The council started function in 2003 by constituting 12 members. After the By-election in 2005 the 40 Members of Legislative Council has been formed to look after the development works in Bodoland Territorial Area Districts. The remaining 6 members are nominated by the Governor of Assam from the unrepresented communities. Altogether 46 MCLAs represent the council from all communities of BTC Area.

he main population of Bodoland consists of the Bodo community. Bodos are an ethnic and linguist community. They belong to a larger ethnic group called the Bodo-Kachari. The Bodo language is a division of the Tibeto-Burmese language. According to 1991 census there were 1.2 million Bodos in Assam.

Agriculture is the main source of livelihood of the Bodo community Rice cultivation, pig farming and tea plantation are the major sources of income of the people of Bodoland. The income of the Bodo people also comes from weaving and bamboo products.

Bodoland is located on the banks of the Brahmaputra River in Assam. Bodoland consists of four districts namelyKokrajhar, Baksa, Udalguri and Chirang. These four districts make Bodoland. So, tourists visiting Bodoland can plan a visit to Kokrajhar, Baksa, Udalguri and Chirang in Bodoland which are abundant in scenic beauty. These places in Bodoland are extremely beautiful surrounded by lush green area. Along with the scenic beauty, tourists can also have a glimpse of the diversity of culture and community and the celebration of colourful festival by the different tribes of Bodoland. So, while in Bodoland you can visit: 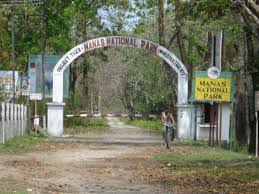 Manas National park is a wildlife sanctuary and a UNESCO Natural World Heritage Site. Manas is a project tiger reserve, an elephant reserve and a biosphere reserve. Located in the Himalayan foothills, Manas is famous for rare and endangered wildlife such as Assam Roofed Turtle, Hispid Hare, Golden Langur, Wild Water Buffalo, and Pygmy Hog. 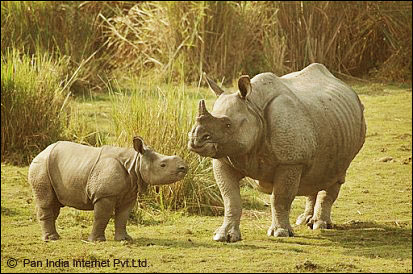 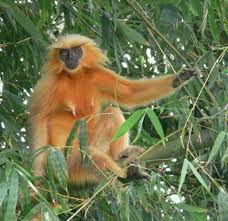 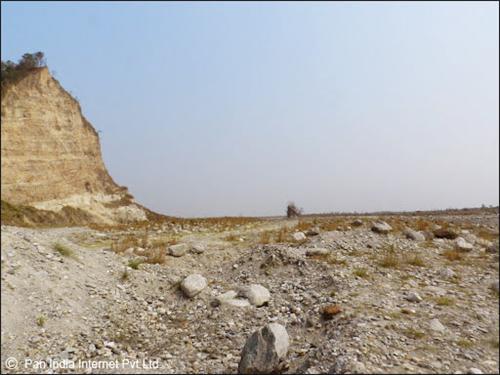 Bhairab kunda is surrounded by mountains, hills and greenery all around. The exotic beauty of the place in terms of its landscape catches the attention of the tourists. Bhairab Kunda is famous for the Shiva temple built in the place. Thousands of tourists and devotees visit the place to offer praying to lord Shiva. During ‘makar sankranti’ the devotees take a holy dip in the meeting point of the three rivers which is considered auspicious by them.


How to Reach Bodoland

By Air: The nearest airport to Bodoland is LGB International Airport at Guwahati.
By Rail: The nearest railway station to Bodoland is Kokrajhar Railway Station.
By Road: Bus services are available to Guwahati and other regions of the Northeast from Bodoland.
14057